This week I had to set up something which I assumed would be trivial, but turned out to be a little more involved. So I’m jotting it down here to refer to later, or help anybody who might stumble upon it from a frantic Google search.

One of the projects I’m working on right now has a staging environment on AWS Elastic Beanstalk, using a multi-container docker configuration. It’s a Laravel application, and it has some scheduled tasks that run every 1 and 24 hours. If you’re familiar with Laravel’s scheduler, you’ll know that you have to set up a single Cron job that runs every minute. The scheduler then takes care of running each task based on its defined schedule.

First thing’s first, since we’re in a Docker environment on Elastic Beanstalk we need to build an artisan Docker image to run our schedule:run command. I used the following Dockerfile.

Build it, tag it, and push it to Elastic Container Registry.

Now we have an artisan image that we can use to run our schedule:run command in our cronjob. The next step is creating the crontab file.

If you’ve never used an .ebextensions directory with your Elastic Beanstalk app, it’s essentially just a place to put configuration files that are acted upon by Elastic Beanstalk when it deploys your codebase.

Create a new .ebextensions directory in the root of your project, and create a file inside it called cronjob.config. Paste the following contents, replacing the ECR URL with your actual repository URL.

Deploy your app, and you should now have a working scheduler. It’s probably also a good idea to add some logging to your scheduled commands, so that you can be sure they are indeed running. 😉 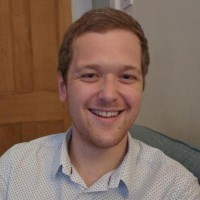